Nissan Motor Co., Ltd. today announced the launch of the 2013 model year Nissan GT-R, which goes on sale in Japan on November 24 at Nissan dealers nationwide.

To improve intake efficiency, air flow resistance has been reduced by adding an intake manifold fitted to the head of each unit and the use of resin in the enlarged air intake duct for the intercooler. 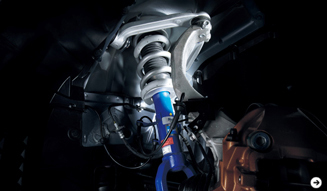 An Alternative to Spec-V

"For TRACK PACK" is a custom option for the Pure Edition designed for customers who want to enjoy a more Spartan-feel driving experience in their Nissan GT-R. The pack provides the suspension, air guide for brake cooling (front and rear), and aluminum-alloy wheels made by Rays (with black quartz chrome color coating) and the front spoiler with carbon air duct has been exclusively made for this edition and is installed as a set. Those equipment were jointly developed with NordRing company in Japan; President, Toshio Suzuki; a development driver of GT-R.

The 2013 model year Nissan GT-R will be released in North America, Europe and other regions from January 2013 onward.