Nissan GT-R 2012 is not a simple latest version of GT-R. Acquiring 20ps of more power and Asymmetric Suspension, GT-R 2012 made an excellent progress. Hot review by Mr. Toshifumi Watanabe.

Original text in Japanese by Toshifumi WatanabePhotos by Masayuki Arakawa

“Automobile manufacturers often say proudly “Our new car uses the new technology for the first time in the world !” That’s what I don’t like.” Mr. Kazutoshi Mizuno, responsible for the development of GT-R, opened his speech like this. “I think that kind of blurb is needless to say because it’s not important for customers. What manufacturers have to do is to make every effort to meet customer’s needs.”

From the beginning to the end, this eloquent engineer expressed his philosophy sometimes ardently, sometimes reservedly until he modestly ended the presentation saying “I might be a little bit too arrogant...” As always, the beautifully prepared Power Point documents were almost totally disregarded. Instead, he drew sketches on a white board to explain the points. This is his usual style of presentation, which is not typical as a car engineer; however, I think it’s attractive.

“Do you mean that, I put a question, GT-R’s engineering is conventional ?”

“Of course it is ! No uncertain “new technology” is used for GT-R, because new technology is not enough reliable for high speed car like GT-R. Listen to me, Mr. Watanabe, for 4 years from the birth of GT-R, I am devoting myself to develop and make perfect products. That is all I have done until today” 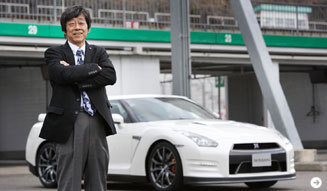 MIZUNO Kazutoshi, responsible for the development of GT-R

This is 5th year for GT-R. Its rivals are now armed with new technologies that didn’t exist 4 years ago. But GT-R has never welcomed these kinds of inventions. When I rode prototype GT-R for the first time in Germany, I felt that GT-R was a monster of the digital era, but now, my impression about this car have been changed, even though, for these 4 years, GT-R team never changed their style of producing their car.

GT-R 2012’s maximum engine power output reached 550ps, 20ps more than that of 2011. Roughly speaking, to increase engine power, GT-R improved the efficiency of air intake and exhaust and optimized cooling system. Though it was for the first time that GT-R team made a change in the engine, the change remained within a very simple refinement. In fact, an average driver like me would not feel this power increase. And GT-R’s speed does not depend a lot on the engine power.

GT-R’s speed rather comes from its good traction ability; this car uses efficiently its engine power. Now GT-R 2012 reaches 0-100km/h in 2.84 seconds. No other mass-produced car but Bugatti Veyron comes before.

It was incredible to see massive object of 1,730kg accelerates without any squeal of the tires or smokes. I felt like I was in a world where our laws of physics didn’t dominate any more. I’m now sure that new GT-R is in truly-unexplored region. 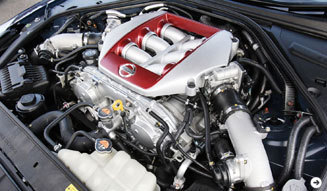 One of the most interesting features of the new GT-R would be its suspensions which have been set asymmetrically for the left and right side. It is to balance the car horizontally when the weight of the driver is added on the right side in a right-hand drive.

Because the propeller shaft of GT-R is located on the right side of the vehicle, GT-R’s right side is 50kg heavier than its left side. As for left-hand drive vehicle, the weight of driver stabilizes the car, but as for right-hand drive, unbalanced weight would cause understeer.

So, new GT-R has a harder spring rate suspension on the left front. And for rear, the suspension arm has been installed upward on the left side and downward on the right. In other words, each right-hand drive GT-R’s wheel has its own suspension setting. It is very unusual as a commercial car. 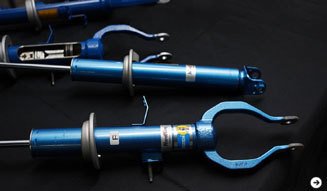 “for Track Pack” option in place of Spec V

Minor changes in gear box, new differential oil, more intensive shaking test, more rigid scuttle, uniquely installed woofer of BOSE® sound system, new speedometer illumination and etc.... in only one year, GT-R team made a lot of improvements in detail. And this time, customer can purchase a custom option called “for Track Pack” for 1470,000 JP yens; minimally sacrificing GT-R’s convenience in daily use, this option offers to drivers who are willing to race this car the “ready to race” GT-R: as well as Spec V, GT-R with Track Pack comes with two-seat, front aerodynamic spoiler which guides air to the brakes and cold-forged lightweight wheels. Specially designed variable control suspension and high-friction seat are new features.

It seemed Nissan wanted to show the progress of GT-R 2012 from that of 2011 when they chose, for the location of the test riding event, SUGO sports land circuit, Sendai, Japan. At the first onset, to see the difference in performance between 2012 and 2011 on the public road, I drove both 2012 and 2011 at slow speed. Comparing with 2011, 2012 was slightly quieter and moved more gently.

But what impressed me the most, each time I steered GT-R 2012 to the right and left, was a kind of “warmth” or “creature-like” feeling in which 2011 was lacking. Driven at slow speed, GT-R 2011 was dominated by some kind of coldness, like I’m just pushing buttons, but as for 2012, I felt the change of camber angle and the friction which scrape the tires during cornering. Of course, GT-R’s runflat tires are amazingly tough that they cannot be worn by low speed cornering, but I felt very direct contact with the road as if GT-R was equipped with soft radial tires. Handling was filled with contentment. 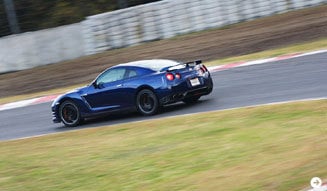 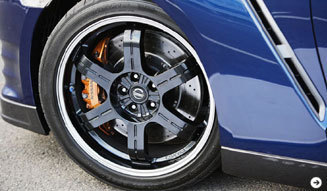 Interaction between car and driver

“I’ve never imagined this monster of the digital era could grow up to be such emotional being !” Even at high speed drive, my impression about GT-R 2012 was not changed. Thanks to asymmetric suspension, GT-R 2012 controlled understeer very well compared with 2011 and the difference in feeling between right turn and left turn was less. In addition, what I was quite unexpected was a kind of relish that this car gives to its driver. Even if you are an average driver like me, you will taste the car leans forward when you hit the break, the tires hold the road while cornering and the engine releases its power when you stamp on the accelerator. You will never get into a panic at high velocity because the car will remain under your control and you will be able to steer any angle you want. If I compare GT-R to audio, the dynamic range of GT-R has become wider and the sound more analogue-like. You will enjoy a good sound at any volume level. As we don’t need to dispute any more in front of high end modern audio equipments over whether analogue or digital sound is better, everyone who drives GT-R will enjoy GT-R, feeling your car is totally under control of your will. GT-R does not drive GT-R anymore. It’s your turn to drive GT-R. 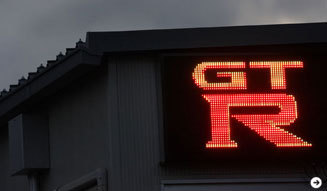 It is true that GT-R’s performance is progressing year by year. What let us know its performance advance in a plain way is its lap time at Nürburgring: Nissan estimates that of GT-R 2012 at around 7min.10sec..

But for us, this data is nothing more than a data, because we know well that only a few professional drivers can get the maximum performance out of GT-R.

Even so, I can’t help getting excited about this data. Perhaps I’m seeing behind it an apogee that the Japanese engineering has ever attained. As Mr. Mizuno said, "GT-R progresses as much as craftsmen progress". In Tochigi factory, the same and original staff is making GT-R today.