BOGLIOLI is a sartoriale linked to the legacy of the classic Italian look with contemporary touches of style. Although it has over a 100 year history, as a spirited fashion factory, it keeps pushing forward with new models while presenting existing masterpieces such as K. JACKET or DOVER. Now it is making another foray into “total fashion”, not only catering for the dedicated fans of these jackets but also proposing new styles. Here we introduce the iconic looks of the BOGLIOLI 2011 Spring/Summer Collection, and unveil the timeless allure of the brand.

Original Text by IKEDA YasuyukiPhoto by BOGLIOLITranslation by NAKAMURA Akiko

At one time, crumpled jackets are carelessly hung on the wall. At another time, quirky styles are showcased on simulated torsos or hangers made with geometrically bended wires. Pitti Immagine UOMO is the world’s most important men’s fashion fair selected by the top international firms to launch their collections, which annually takes place in Florence, with two editions in January and June. Every season, the eye-catching BOGLIOLI stand is spotlighted amongst others in the Future Masculin area featuring established labels who set new benchmarks for classic menswear in the next generation. It is very sophisticated and distinctive like an exhibition for high fashion. It reveals the present of BOGLIOLI with over a 100 years tradition. K. JACKET, HAMPTON, DOVER and WIGHT are BOGLIOLI standards. There is a deep appreciation for each jacket amongst fashion aficionados. It is a rather peculiar movement never before seen in the fashion world. The DOVER, a soft centre vent jacket with 3 patch pockets, released in 2008, became the uniform for dandies worldwide. People never expected that the classic look would be as trendy as now and, as far as can be remembered, there is no known brand as BOGLIOLI who delivers the styles inspired by tenets other than the fashion industry.

The cashmere jacket boldly treated with an innovative dying technique called “tinto in capo” astounded fashion labels all over the world. The unconstructed form created by only canvass without shoulder padding, which should never have been mainstream at the height of formal clothing. Now it has been established as the unrivalled style that many other brands follow. A journalist said, “If BOGLIOLI did’t exist, the classical look would’ve died out in the 20th century.”

Prior to this season, BOGLIOLI launched the new concept of “total fashion”. The new collection featuring idiosyncratic jacket styles merges classic with mode, the two different spheres that have long been separated. Is it formal clothing? The answer is NO. Sportive casual? –Wrong again. It is an innovation based on an entirely new standard. The bond of the designer Pier Luigi Boglioli, who traces its origin to Sartoria Boglioli, a small factory in the North of Italy back in the 19th century, and Roberto Falchi, the CEO of BOGLIOLI, with his career at Christian Dior and Prada, is rapidly generating the torque for BOGLIOLI to evolve into an exclusively luxury brand.

Interview with Yuichiro Hara from ESTNATION

“BOGLIOLI has the foresight to keep up with the zeitgeist and create new trend.
At the early time of the classic revival, BOGLIOLI daringly played with tailoring jackets, a task not attempted by any other traditional fashion houses. ESTNATION lines up both classic and mode and BOGLIOLI is appreciated by our customers with keen eye of both. The choice of colours and patterns are somewhat eccentric compared with other labels. BOGLIOLI is an essential label for the modern-day person who seeks to strike a balance between being innovative and traditional.”

In 2003, Yuichiro Hara embarked his career as a buyer for the classic men’s
wear at ESTNATION, one of the Japanese luxury fashion boutiques popular with its well-balanced mix of mode and classic. 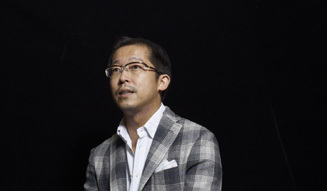