So far we’ve been looking back at BOGLIOLI’s past, and exploring its present.
Here we interview Pierluigi Boglioli, A.K.A. Gigi, the legitimate BOGLIOLI designer who has been visiting Japan, and ask him about BOGLIOLI’s future vision. What does he think of the rapidly expanding BOGLIOLI market? Where is BOGLIOLI headed in the future? What he envisions is much unanticipated.

Pierluigi’s Sense of The Times

Pierluigi Boglioli is the third generation of the BOGLIOLI founder. The eldest son Mario is the CEO of the company and the youngest Pierluigi is the designer. It was he who produced all of their splendid works: K. JACKET, created by implementing such an innovative idea as washing out cashmere, DOVER, that held sway over fashion savvy people the year before last, and this year’s smash hit, WIGHT. We at OPENERS have got the opportunity to interview him while visiting Japan

――What inspired you to create such thin light-weighted garment-dyed jackets that are BOGLIOLI’s current mainstays?

“From the late 80s to the 90s, people’s ideas of formality in what is called classical styles had been changing. Regardless of age, such dynamic attitude as styling a jacket with denims had become appreciated.

It was casual clothes that had been more influenced. At that time, many brands or designers were producing garment-dyed t-shirts, knitwear, or trousers to create worn-in textures. It seemed to be the trend of the time. However, no one had tried it out on jackets. So BOGLIOLI, which was a jacket manufacturer then, first produced a garment-dyed jacket. Its production was owing not only to the qualities of dyes or fabrics but also to that of the tailoring, and through trial-and-error, we came up with an old Naples-style jacket. The style of BOGLIOLI has been created thanks to our fabric suppliers, dye manufacturers, and tailors.”

Pierluigi studied accounting at university, learnt fashion business at various boutiques and then started with BOGLIOLI, which his father had been running. He began to distinguish himself as a designer in the 90s when he got involved in the creation of COAT.

I imagined him to be a stubborn artisan-type who was born into a sartor family, but on the contrary, he appeared very casual, just throwing a jacket over a T-shirt. Having been pointed that out, Pierluigi said “Excuse me, I feel like I’m on holiday“, then he smiled and took the last sip of his espresso.

He has visited Japan with the assistant designer Marco Le to do some research on Japanese textiles and shops, and indeed also to have a holiday. OPENERS is the only form of press allowed to have the interview with them this time. 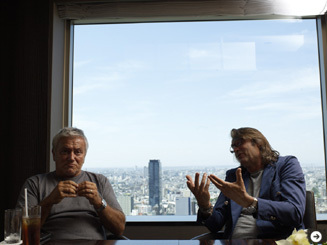 Styles Evolve with The Times

Not only the Italian fashion industry but also the worldwide industry admit Pierluigi’s sense of the times and watch every move he makes. Which is because, as his previous notion indicates, his design is based not on designer-oriented abstract concepts but on meticulous marketing to read trends for the wearer. Second only to Italy, Japan captures the largest share in the international market followed in turn by Germany, the Netherlands, the USA, and Spain.

“The Japanese know what comfort is and how to be well-dressed. Many of them have an excellent eye for things and can tell the tasteful from the distasteful. Japan was the first nation other than Italy to appreciate the appeal of BOGLIOLI. This soft garment-dyed jacket is perfect for light and effortless styles. I think that is the Japanese’s taste.

Globally, young people nowadays have grown up without knowing what solemn orthodox classical styles are like. For them, the definition of formality is far from what used to be called “classic” even if they wear jackets. I take pride in the fact that our garment-dyed or unconstructed jackets have created the ‘neo-Formal’ style for the next generation. ”

Pierluigi analyses the market accurately from the classical label’s point of view, but still, their collections are changing magnificently. He is an exceptional merchandiser as well as being a talented designer.

――What is the next season’s collection going to be like?

“We’ve decided to discontinue WIGHT from the next season. BOGLIOLI’s going to introduce a new model for devoted fans of WIGHT and I’m sure they will appreciate it as much as they did WIGHT. DOVER is going to be modified a bit and it’ll be even more elaborate. We’ve been pursuing its comfort in wearing and appearance as a jacket, and consequently, created a brand new model called DOVER 2G which has integrated WIGHT. There’s no difference in the outlook of its style, but it’s become even softer and a bit more constructive. It has small shoulder padding and sleeve wadding. It’s going to be lined with wool and cotton, and double-buttoned jacket will be added to the collection.”

BOGLIOLI was formerly called Lucas Moda. It was originally a traditional jacket factory that his sartoriale grandfather Pietro had founded and his father Giuseppe expanded. The sons of Giuseppe, Mario and Pierluigi who are in charge of management and design respectively, have changed the company’s name. Eventually, they embarked on a journey as a Total Fashion House to introduce a new range of products from shirts and knitwear to trousers. At the same time as the transformation of the company, they appointed Roberto Falchi as a member of the board, who had been consecutively holding posts as CEO for some other luxury fashion labels. He has experience working in various countries including Japan, and is very knowledgeable about the Asian market as well as the Western one. It means a lot to the family-run company like BOGLIOLI to offer someone external an administrative position.

――What is the reason why you have decided to invite Roberto Falchi to BOGLIOLI?

“We’ve reached this level within the family, but new sales and marketing measures will be required for further growth as a company. At this point, it’s essential to have a talent who can blow a fresh breeze into the company to go on to the next stage. The alliance between Mr Roberto Falchi and BOGLIOLI will lead the brand to worldwide recognition. He is well-informed about the Asian and American market, and that’ll be a great advantage in worldwide distribution when BOGLIOLI has established a firm position internationally. I’ve got bright prospects for further expansion. One of the upcoming projects is to open BOGLIOLI-only boutiques. The first should be in Milan, but I’d like to expand overseas as soon as possible. Of course, in Japan, too. We’re not ready yet, but will possibly be participating in the Milan Fashion Week once we’ve enriched our collections. In the long run, organising successful fashion shows is to be put into perspective.”

BOGLIOLI, which started as a small sartor in the North of Italy, has now made a remarkable take off to become an international Fashion House. The route has already been mapped out. Pierluigi is in control of what the journey is going to be like and where it is going to wind up.

At last, I asked him which BOGLIOLI jacket he thinks is the most suitable for the Japanese. Surprisingly, his answer was exactly the same as what the owner said when I asked him which jacket suits me, at a tailor in Naples one day.

“There’s nothing I can say. Our job is just to listen to what our customer wants.”

BUYER'S RECOMMENDATION OF BOGLIOLI FROM THE WORLD! 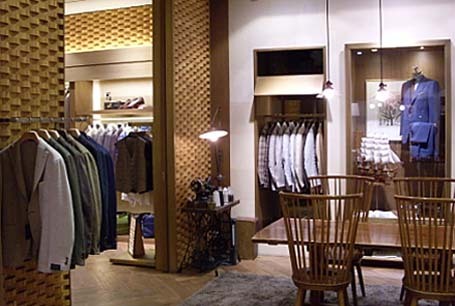 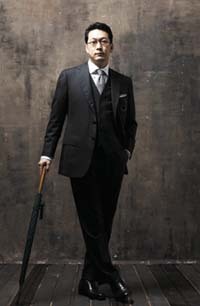 I had personally found BOGLIOLI jackets at the Pitti Immagine Uomo in 2007, and then introduced them to the Korean market for the first time. Their jackets are good for both business and relaxing occasions, and our customers feel the same way. When you wear a BOGLIOLI jacket, the feeling is perfect like made-to-measure products, however it is not so serious as traditional formal jackets. BOGLIOLI jackets are also consistent with the global trend of casual menswear.

Their garment-dyed jacket is a kind of signature product of BOGLIOLI which I wear the most. Furthermore, I like Boglioli's creative colorways to express my uniqueness. The colour looks like my favourite old Barolo wine, and whenever I wear it with button-down shirts or T-shirts, people ask me what I’m wearing underneath the jacket. It's fun.

Be as creative as now! 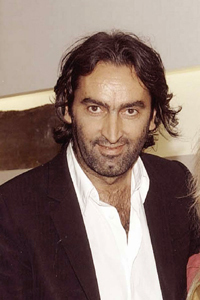 Surely because of the exclusive fabrics mixed with BOGLIOLI’s peculiar sartorial expertise. Boglioli was the first brand to create the “worn-in luxury”, through sumptuous items that can be put on with “nonchalance”, thanks to some “negligent” details and the vintage look.

The unstructured jacket in cashmere which is, to me, the symbol of the luxury. I appreciate it because it doesn’t show off voluntarily. I also like the jacket in twilled cotton which is perfect for leisure times at weekends. Its concept is absolutely modern.

My message is a confirmation of trust into Boglioli’s strong and recognizable identity. At the same time, I hope Boglioli will keep on researching materials and fabrics with ever-growing attention, making it a fundamental feature of the brand. 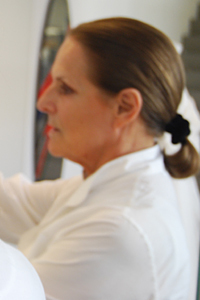 The comfort, first of all: the unstructured jacket wraps the body without preventing movement. Their readiness for research on fabrics and materials, and their neutral colourways.

The K. JACKET for its unique and pleasant sensation of comfort.

I hope BOGLIOLI will continue pursuing fabric research and perfect fits of garment, which has always been their trademarks that no one else has achieved.